Jerred and Trey usually do the general wireframe of what the software needs to do, and then I take that and start with the user experience (UX). So it starts with working out flow (when you're on this screen you're going to see XYZ, then you can take these three actions and you'll see ABC, etc). I map out what's called a "user flow" of all the different possibilities that could happen, and then we present that to Jerred and the client. Once that's agreed upon, I take that and actually design it and give it what on the software side is called UI, or user interface. From there, I take the design and make it pretty and function by way of front-end coding.

I went to college at Texas Tech in the communication design program, which is through the College of Arts. I went to school for good old-fashioned print design; that's what I loved.

I love drawing and I love illustration, and print design was kind of the way to do some of that while actually earning a living. So, the first several years of my career was doing straight print work, whether it was business brochures, signage or whatever. Then, around a decade ago, websites began popping up more and more and the question, “Is print dying?” started coming up a lot more frequently. Clients were seeking websites and I thought to myself, “I can learn this.”

From there, I self-taught myself web design and slowly over the years, I learned more and more.

What was your first job after college?

My first job after college was at Betenbough Homes. I was their creative coordinator, which was basically an in-house designer. I did anything they needed for design. If they launched in your community,  I would do the logo, all of the signage, internal brochures, billboards, web graphics, floor plans, etc.

Tell us how you started at Primitive.

I was at Betenbough Homes for about a year and from there I went to a small design firm here in Lubbock for six years. It was a very good place to get my feet wet and get lots of experience. We had lots of different types of clients and we kind of did everything, from small-scale business cards to vehicle wraps, billboards, and museum exhibits. I was there for six years and at the end of that, I started as an adjunct professor at Texas Tech.

I was teaching some design classes for them at night after working, but then I switched from working at the previous design firm to more of a traditional ad agency in Lubbock as an art director. I was there for a little less than a year because I just didn't really fit in to their culture. (It was more of a traditional ad agency who was very focused on media buys rather than actually putting a lot of effort into the design and the concept.) I was there for I think nine months, and from there I went to work at Texas Tech full-time.

I was still teaching at this point, and was also an actual web designer/front end developer for AFISM- basically the finance side of the university with which I did a lot of their websites, web apps, and more. I liked it there and I had extra time for freelance work, so I began to looking for it when I was referred to Jerred at Primitive. I randomly emailed Jerred and he basically said, “No, we’re not looking for freelance, but we are hiring. If you'd like to talk to us tomorrow, we can set up an interview.”

I did not expect that. I wasn't even looking for a new job because I was pretty happy at Texas Tech.

Did you jump in full speed for your role here?

Absolutely. That's one of the good things here is there's always plenty of work waiting for you. In the past I've had jobs where work is always pressure, and that’s a bad thing to always be on your shoulders. There’s just always something else to do here. You're never bored, and you're always kind of looking forward to that next challenge.

Were you prepared for that?

I think having some downtime at Texas Tech allowed me to take the time to go back to some of the basics and relearn some of the techniques and coding that I had not necessarily learned the right way. Being self-taught, I knew I wasn’t always doing stuff right; I just knew I was getting it done and it worked, and that's what mattered. So having that downtime was very valuable because it allowed me to focus on learning and getting my hands dirty.

I worked on, I guess I would call them, personal projects that really had no real-world value, which meant I could try out different things. So having that time really set me up for more success here, especially now that I'm doing a lot more coding. I think also having the background of traditional print design and principles kind of gives me a different set of tools to approach things. With print, you’re focusing on a medium that isn't changing and once it’s done, it’s done. You can’t always update it, so it's got to be really good for that print and having that background I think has helped me get to the best, final product quicker.

What do you enjoy about web design?

A lot of people see designers as just taking stuff and making it pretty, but really when you look at graphic design and what it’s supposed to be, it's about solving a problem. So what really gets me excited is being able to solve problems in a creative, visual way that's not the expected solution. Sometimes that is just making something pretty, but a lot of times that can be doing it in a way where the client or other people who are using it aren't really realizing what you did.

But as the designer, you can see, “Okay, I did all of these things. They all fit together and they come out to solve this initial problem.”

What are some of the challenges of web design?

Everybody can sometimes think they’re a designer, and a lot of opinion gets interpreted into design. So it's a struggle, but it's very easy to input your own opinion about why you think this looks good in a design rather than saying, “Here's the research.", "Here's what this color actually means.", "Here's why this type is better than that type.", "This is why you don't want this to be rounded because it can invoke XYZ.”

What is the feeling you get after you finally complete a design?

There's always a sense of relief, especially with a longer project. In software, these projects are 12 to 18 month projects, and you're looking at them a lot. So part of it is a relief, the other part is just the reality that someone is actually using the website.

Sometimes I catch myself thinking, “Okay, I remember when this was a sketch on a piece paper and here's the fully realized, working, animated, moving project.”

What do you like about the culture of Primitive?

I think that's one of the best things about working here. It's great people and a very laid-back environment, but at the same time there's the expectation that you're going to get your work done and you’re going to put your best foot forward. If you can do that, then you can take a more relaxed approach to the day. Even the fact that they let us work from home is an awesome thing, even though I don't take advantage of that.

Kade and Jerred do an amazing job of leading the company. You can tell that they care about the company and want it to succeed, but they also want their employees and clients to succeed. So it’s a bit relaxed and casual, but also super driven and passionate. 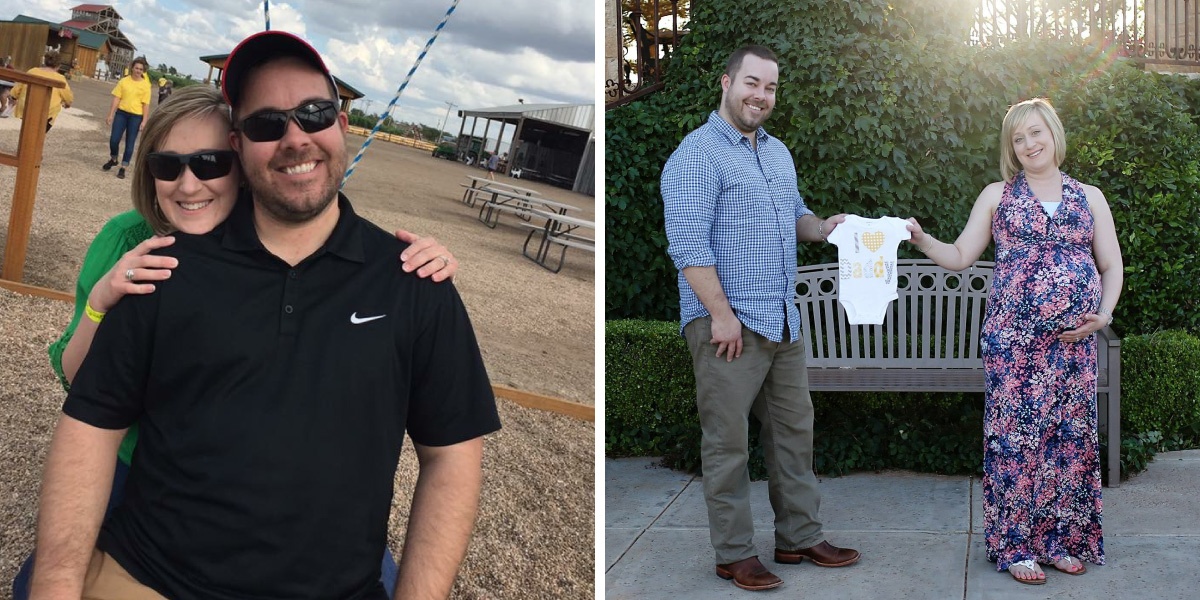 Alright. Time to talk about you. What is your favorite music to listen to?

It’s definitely country. That’s like 98% of what I listen to.

You sometimes get grief for the amount of drinks you have at the office. What are your go-to’s?

Once I get to the office, I start out with a cup of coffee. I also have my Yeti filled with tea, and I usually have a diet Dr. Pepper. I am a creature of habit, so that’s just what I’ve gotten into the habit of doing. I guess I’m just front-loading caffeine to prepare for the day.

My favorite drink though is diet Dr. Pepper, by far.

What do you like to do outside of the office?

In the past few years, I got really into woodworking. It’s something I did growing up and in college, but I didn't really have any way to practice it.

It’s just a different creative outlet for me. Other than that, a lot of what we do now is hang out with other people with kids and have little playdates.

How do you balance work and personal life?

It was very hard for a while, especially with a fairly new baby and tackling a new job. But after several months in, we found a routine.

I’ve been really good at leaving work at work and leaving home at home for the most part, and when I leave for the day I can come back to it the next day.

What is something not everyone knows about you?

I have a black belt in judo and did it for 18 years.

Who do you admire?

I admire Jerred because that dude has a work ethic like very few people I have known. It’s insane and inspiring, because at night, on the weekend and in the morning I will always get notifications of him posting work in our project board for the software team. It's like, “Jerred did this, Jerred did that” and I'm like, “Dude, do you ever stop?” But at the same time, I can tell Jerred is really committed to his family. (Fun fact: He goes on dates with his daughter.)

What is your secret to success?

When I find something that interests me and challenges me, I want to figure it out. I want to solve it. With learning how to code, that was one of the things I wanted to be able to do, so I was driven to do it. 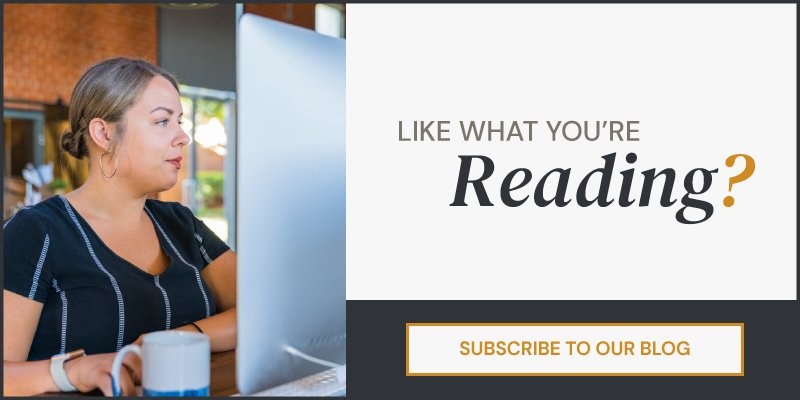 The 4 Main Types of Software

What is the Effect of Economic Change on Business?

I'm Buffy the Bison! When I'm not strolling through the plains of West Texas, I am proud to represent Primitive and the digital craftsman it is home to.